A HUMANIST MANIFESTO FOR EUROPE

A Europe of Cultures, Diversity and Solidarity

Europe is not one people. Neither is it a closed and unmoving socio-economic union. Europe cannot end up a fortress. 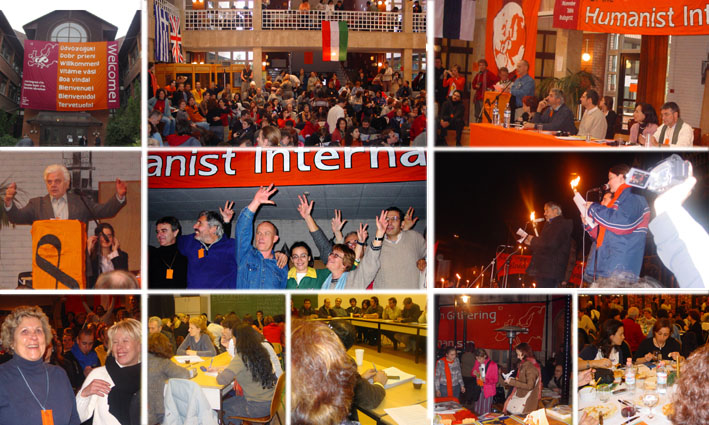 Humanists see Europe as the inheritor of the contributions of many peoples and cultures that have found themselves in this common space. Mixing and interacting, they have advanced and widened the horizons of the human spirit.

Our history is the interplay of influences, invasions, wars, moments of darkness and also moments of great human and social development.

Europe: invading and conquering, invaded and conquered. While it colonized, it learned from the people it sought to subjugate.

If Europe has produced moments of pain and suffering, it has also stored the treasures of knowledge – and at times that knowledge has grown and been projected towards the stars, giving rise to science, art and human development.

Collapses and relapses, followed by reconstructions, learning how to give each other a hand, and how to give a hand to others.

And looking into our eyes, we have progressed, seeing others no longer as an enemy but rather as a brother. The “Yes” of the centuries has added up and grown in strength, illuminating our steps.

Today, at the dawn of a new world, Europe is converging and the latent “Yes” of its peoples is preparing to make a leap like never before in history. But the “No” of petty interests is also visible, darkening the future.

The “Yes” of the peoples of Europe seeks a different future, open, enriching and new. It backs the Europe that is being born.

The “No” of petty interests wants to subjugate what is new, open and diverse, reducing our common space, Europe, to a closed place where cruel and stupid materialism will smother the flight of the human spirit.

The “No” backs hegemonic power in the hands of a few.

The “Yes” backs a mosaic of peoples and cultures and a Universal Human Nation that is emerging.

Today, as in other times, peoples from all corners of the planet are coming to Europe, living together and dreaming of a common future. They have arrived, settling in these cold, inhospitable lands of amazing ice and snow-peaked mountains, in these lands of fertile valleys where the days are bathed by the sun.

At this crossroads, will Europe be able to find the best from within itself? Will it be able to learn again? To unite wills and efforts and make a new leap in its history?

Humanists stand for a diverse Europe, a Europe of open doors, a Europe that grows richer from human knowledge, and that enriches it as well, a Europe that fights to make way for the times to come, opening the doors of the future for all. A Europe from the Atlantic to the Caspian Sea.

We ask ourselves today: “Who are we? What is Europe?”

We are not the product of marketing.

We are not a cold and calculating force with hegemonic dreams.

We are not a perfect machine.

We are not the dominant culture.

We are not barbarian warriors who plunder treasure and land.

We are a group of peoples who, tired of fratricidal wars, have decided to walk together.

We are people who have ventured to know and invade other cultures, and history has shown us that the hand is better than the sword, dialogue better than imposition.

We are the legacy of millennial cultures.

We are the past, but also the future.

We are that renewed humanist pulse that sinks its roots in yesterday, and that today fights to express itself in the world.

Today, before this vibrant future that is opening up before us along two paths, we express a commitment and an aspiration that puts us on the path towards the Universal Human Nation that is being born.

We reject all forms of violence: physical, economic, racial, religious, moral and psychological.

We reject all cultural forms that empty human beings of their essence and convert them into things.

We rebel against the tyranny of this dehumanising system that, aside from the illusory triumph of a very few, leaves millions of people in social, moral and spiritual misery.

We reclaim the need to fight for a just and nonviolent future, not only for us but for all peoples who live in and come to our common space.

“Treat others as you would like them to treat you.”

We aspire that the nations of Europe will make their best efforts in favour of the other nations.

We commit today, you and I, all of us, to take these ideas and express them to others. These ideas, these words, are also a feeling. A feeling that comes from deep within and also a sensibility that shouts strongly and forcefully:

Yes to an open Europe, a multicultural Europe, a Europe of the new times.