The situation in Europe, today, is a disaster: 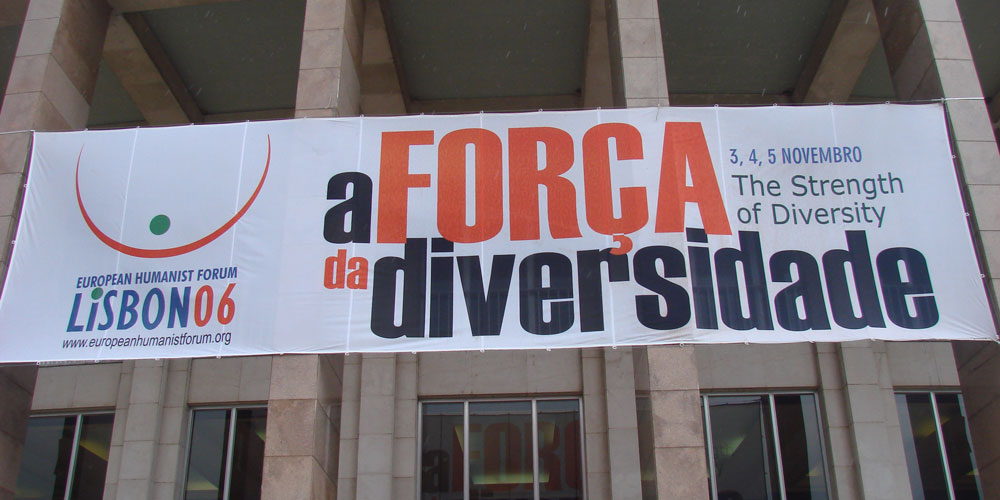 For a long time, we have been saying that if there is only one model and it doesn’t work, we need an emergency exit, and we have been building the humanist road as the exit. Today it is evident for all that this neoliberal system has failed. The moment has arrived to give it a coup de grâce and take the emergency exit.

The first steps must be:

In its heart, Europe has the biggest concentration of diversity on the planet. All cultures of the world already coexist on our soil. All the conflicts of this world are expressed also among us. It is our biggest problem, it is our biggest threat and at the same time it is also our biggest possibility for resolution and contribution to the construction of the Universal Human Nation.

Every approach, every comprehension, every bridge between cultures, between generations and between beliefs forms part of this new construction that is not only necessary for Europe but will also be an inspirational contribution for other places and peoples who need to advance towards peace.

Europe needs to surpass the market laws to liberate its enormous abundance of knowledge, of technology and of resources and put them at the service of all human beings of our Earth.

There is a nascent social movement that is beginning to become aware of itself. This movement rejects violence with a strong moral impulse. This moral impulse is rooted in profound common spaces, favourable for the spiritual meeting of peoples.

Those who govern our continent cannot imagine a different future to that which the laws of the market allow, to which they continue to be enchained. They no longer represent the people of Europe. The people of Europe will meet and express themselves in multiple forums with their growing diversity, with their action fronts, with their campaigns and activities that not only condemn the immorality of the present model but also propose that this Europe is open to the future, diverse, welcoming, nonviolent, inspirational and with solidarity.

As participants of the European Humanist Forum, we commit ourselves to push for change, inviting people through all channels to participate in and construct this new Europe.