The European Humanist Forum – The Strength of Nonviolence

This path towards nonviolence does not arise spontaneously, just as the path towards reconciliation does not arise spontaneously. Both demand a great understanding and that within each one of us a physical and mental repugnance to violence is introduced.
Humanity, the human being, every person needs to overcome pain and suffering, needs to find new paths for reconciliation, needs to experience compassion in front of those in difficulty, needs to discover a smile when thinking about the future.
What will the Children of Ubuntu speak of when they reach our age?
Still discrimination and racism?
Or rather will they speak as the Constructors and Ambassadors of the Universal Human Nation?
The ideals of a world are not begun by decree, but rather through practice, through daily commitment, in the environments we live and work in and in those where people have to struggle to achieve positive changes.
A leap in consciousness is necessary, a historical change in our conception of ourselves and the world around us as a single structure, an invisible web that unites us.
An invisible web that unites us to those living, those who came before us and who had the courage to open the way and the patience to wait for us in this crossroads of history.
We are about to start the long March for Peace and Nonviolence!
You and I, we will travel the world with a message of New Humanity.
You and I, we will cross this stormy sea with the boats built of tenacity and intentionality.
You and I will travel barefoot on the cold mountain chains to find ourselves in the welcoming City of the Constructors of Peace.
You and I will illuminate this infinite night of Human Prehistory, with the torches of patience and the bonfires of courage, awaiting the dawn of a truly new Human History.
There are already many waiting for us: Mahatma Gandhi, Martin Luther King, Henry David Thoreau, Leon Tolstoy, Albert Einstein, Betty Williams and Mairead Corrigan, Patrice Lumumba, Nelson Mandela, Aung San Suu Kyi, Riboberta Menchu…
And many others are reaching us with their banner of Hope, moved by the gentle breath of Freedom.
And as Silo told me a little while ago: “Don’t be afraid. Love the reality you build and not even death will halt your flight.” 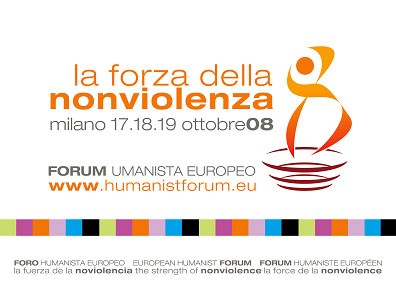